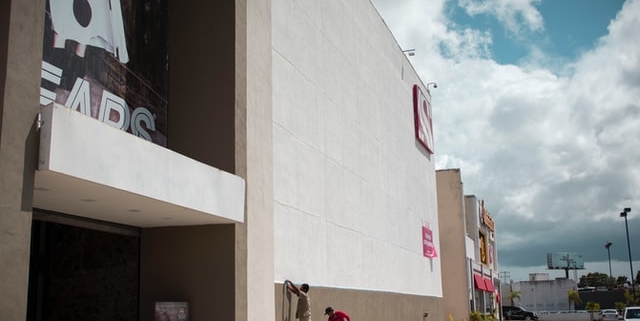 Unless you live in Illinois, you might have missed the news: the last large Sears department store has closed. Twenty minutes west of Chicago’s O’Hare airport, the Sears at Woodfield Mall in Schaumburg, Illinois took its last breath this November: the property will be redeveloped. This is poignant. Chicago, Illinois was where Mr. Sears and Mr. Roebuck founded the brand in 1892.

The Sears at Woodfield Mall is just one of thousands of Sears stores shuttered over the past couple of years. Along with its financially-stressed step-sibling Kmart, Sears is no longer a living brand. Some refer to Sears as a zombie brand: no longer alive but lingering on the landscape.

According to investigative reporting in Retail Dive (a provider of … “in-depth journalism and insight into the most impactful news and trends shaping retail. The newsletters and website cover topics such as brick-and-mortar, retail technology, e-commerce, marketing, payment technology, store operations, omnichannel, and more”), there were about 40 Kmart and 39 full-line Sears stores left as of May 26, 2021. USA Today reported recently (November 14, 2021) that there would be 15 Kmart and 19 Sears stores left after November closings. And, recently CNN reported that there are only 23 full-line Sears stores in the US including Puerto Rico. And, CNN said also that by December 2021, there will only be  12 Kmarts in the US, including the Virgin Islands, Guam and Puerto Rico. Over the past 15 years, Sears and Kmart have shuttered over 3,500 stores eliminating 250,000 jobs.

Business press and retail observers place most of the blame for Sears’ – and Kmart’s demise on Eddie Lampert, the hedge fund magnate. His extraordinary talent for financial engineering and management by cost-cutting, of which he was the beneficiary, put Sears and Kmart into their vicious vortexes of death. Mr. Lampert was chairman, and later, CEO of Sears Holdings.

During 2018, Sears Holdings filed for bankruptcy. In January of 2020, Mr. Lampert bought 400 Sears and Kmart stores out of bankruptcy, placing them in a new company, Transformco (Transform Holdco – a financial entity of Mr. Lampert’s creation.) It was a last minute sale approved by the bankruptcy judge. Sears Holdings, the old Sears, including Kmart, are still in bankruptcy and litigation. Transformco said its intention was to keep the 400 stores open. This has not happened, so there are now 34 stores, approximately.

Although Mr. Lampert’s history with Sears Holdings was unfortunate, to be fair, there was plenty of brand mismanagement prior to Mr. Lampert’s control. Nevertheless, Mr. Lampert did not implement any brand building to right the Sears and Kmart sinking ships.

Rather than reiterate the sad – and litigious – saga of old Sears’ Holdings and new Sears (Transformco), let’s look at the ways in which Sears Holdings’ brand-diminishment behaviors prior to its 2018 bankruptcy led to Sears’ soon-to-end night of the living dead.

Here are four tendencies for trouble that put Sears into zombie mode.

Success is everybody’s aim. Sears had decades of successful retail dominance. From its beginnings as America’s catalog with expertise in fulfillment to its selling everything Americans could want with storied, trusted brands such as Kenmore, DieHard and Craftsman, Sears was the Amazon of its time. The Sears catalog was ubiquitous in American homes.

However, this great success fueled arrogance. Sears’ management’s mentality was that it could do no wrong. Sears believed it could sell anything and everything. Its retail outlets featured real estate (Coldwell Banker), financial services expertise (Dean Witter Reynolds) and Discover credit card. The diversity of these brands led to management taking its eyes off of the Sears brand. In a blink of an eye, Walmart became America’s everything store. Nothing Mr. Lampert’s team did changed Sears’ trajectory.

Thinking that you know everything and can sell anything is admirable. But, it is also dangerous. A new book on Boeing and its tragic 737 Max crashes cites arrogance as one of the factors leading to Boeing’s being toppled from its top perch in aviation.

Avoiding arrogance takes character and effort on the part of leadership. Great leadership means fighting the inclination to focus on oneself rather than the customer and the brand. The leader who creates a culture of arrogance by letting success go to the and egos of managers is a leader who is more committed to self rather than brand.

Troubling tendency #2: The comfort of complacency

A professor at the University of Michigan Ross School of Business pointed out several Sears’ management missteps. Sears did not appreciate the rise of big box stores, ended the catalog and neglected to invest in e-commerce. The professor told Retail Dive that even prior to Eddie Lampert, “Sears was fat rich and complacent.” He added that retailing is just an incredibly “brutal” business and fat, self-satisfied, complacency and arrogance allows great retailing to suffer.

Retail Dive states that Eddie Lampert “… undertook some of the most complicated and thorough financial engineering the industry has ever witnessed, and which has now become infamous among retail observers, as well as the target of litigation.”

Financial engineering is the catchall phrase for extreme cost cutting including job losses, debt accumulation, share buy-backs, increased dividends, forced spinoffs and money siphoned into the pockets of investors rather than invested into businesses. Financial engineering can damage brands. This is because the priority of financial engineering is building shareholder value at the expense of customer value… a formula for failure. Boeing suffered from cost-cutting and suffered catastrophic consequences.

Financial engineers see strong brand equity as an opportunity to extract value rather than extend brand strength.  This is a form of brand extortion. A retail analyst and president of a retail consulting firm told Retail Dive, “(Eddie Lampert) is a mastermind of the corporate rule book. He was always manipulating Sears for the most profit for the owners of Sears, or for the companies he created to benefit from Sears.”

As one industry observer stated, “It’s a financial play. There are probably some things to do with the (Sears’ and Kmart’s) property, but as a viable retail business, there’s no future there.” This highlights one clear rule: you cannot cost manage your way to high quality revenue growth.

Mr. Lampert saw the gold in Sears’ brands. In 2017, while heading Sears Holding Co., Mr. Lampert sold Craftsman, the 90-year-old tools brand to Stanley Black and Decker for $900 million. Transformco sold the DieHard (batteries) brand to Advance Auto Parts in 2019. A Transformco spokesperson indicated that at Advance Auto parts, Diehard would be able to innovate: something that was not happening at Sears Holdings.

When a brand loses relevance, it can come close to death. However, brand demise is not inevitable. Ongoing brand management is a leadership challenge. Based on various reporting, however, it appears as if Sears’ and Kmart management is not focused on the customer.

One data consultant interviewed stated the obvious about Tranformco: “There’s no love for the consumers, no relevance for consumers. There is no intention there of (operating) as a legitimate retailer.”

In the 1970s and 1980s, Sears and Kmart were America’s largest and second largest retailers, respectively. Now, Sears and Kmart are irrelevant shadows, ghosts of arrogance, complacency and financial engineering.  Coming back to life will take leadership that cares about the brands. But, it also means asking customers to care about the brands. Retail observers say that shoppers do not seem to care about Sears and Kmart anymore. One observer asked, “Why would you care?” If you can even find a store, the experiences do not compare to competition. The once-treasured Sears and its brands are distant memories, as is Kmart.

Those who said Mr. Lampert would make money by licensing the Kenmore name, for example, might want to reconsider. Kenmore loyalists are aging out of the marketplace. Those who are shopping large appliances most likely have never heard of Kenmore. Or, they may associate Kenmore with their grandparents’ homes. This happened to Electrolux vacuums, those heavy, long metal cannisters. A survey from the 1990s showed that Electrolux vacuum cleaners had incredible brand relevance, but it was among loyal 70+ year-olds. The brand lacked familiarity, let alone relevance, with most vacuum cleaner shoppers. Oldsmobile also suffered from a lack of relevance. The brand actually put its own nails in its own coffin by (ironically) advertising that Oldsmobile was not your grandfather’s Oldsmobile anymore. General Motors subsequently killed the brand.

A statement from Transformco in USA Today indicated that there is a “go-forward strategy” for Sears and Kmart. This strategy is “ … to operate a diversified portfolio consisting of a small number of larger, premier stores with a larger number of small format stores.” Transformco believes it “… will continue to expand both Hometown Stores (appliances, tools, garden implements) and Home & Life Stores (Smart home and home services, replacement parts and connected appliances) in cities and towns that previously had larger format stores.” Additionally, efforts will be made to grow sears.com and the Sears Home Services business.

This remains to be seen.

Brands do not die natural deaths. As Sears and Kmart show, deaths and declines of brands generate internally from mismanagement and nonbelief. Brands can be revitalized but it is unclear if revitalization is in the works at Transformco. In the meantime, Sears and Kmart are in a twilight zone, shadows of their former selves, drained of life but still walking the earth, waiting for the inevitable. Eventually, all the life will be sucked out of Sears and, then, Kmart. When wringing all the worth out of a brand is the goal, there is no going back. You’ve entered the twilight zone.

Dollar Tree: A Brand Is What You Make It, Not What You Call It
Scroll to top